Trust in information is dropping, according to a carried out survey held by the Oxford Reuters Institute in 2017.

48% of people interviewed declared they had stopped listening to the news because it can have a negative effect on their mood.

37% claimed that they no longer rely on news to be true and 28% declared a feeling of helplessness as they don’t feel there is anything they can do about the problems the media presents to them. 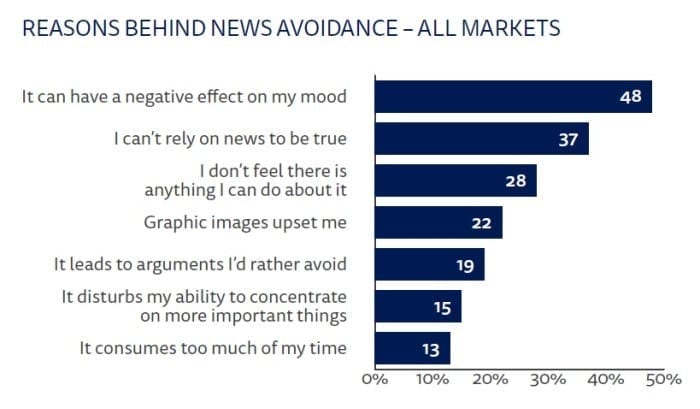 This is one of the consequences of the way journalists and media work nowadays. They are damaging the news industry at its roots.

Another serious consequence is the loss of reliability towards the profession of the journalist according to the answers given by 37% of the people interviewed by Reuters and confirmed by another survey held every year by the Aarhus University of Denmark. The survey wanted to identify which profession the public has more trust in. Journalists are at the bottom of the ladder together with taxi drivers, real estate agents, car dealers and politicians (bar-graph by Constructive Institute). 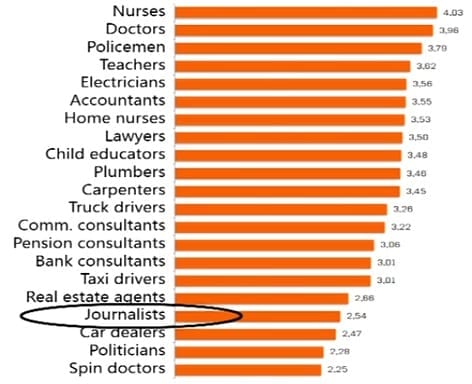 It is not a problem limited to the North of Europe. Even the United States, according to a survey held by Gallup in 2016 about confidence in American Institutions, showed that the public doesn’t feel they can trust the media system. 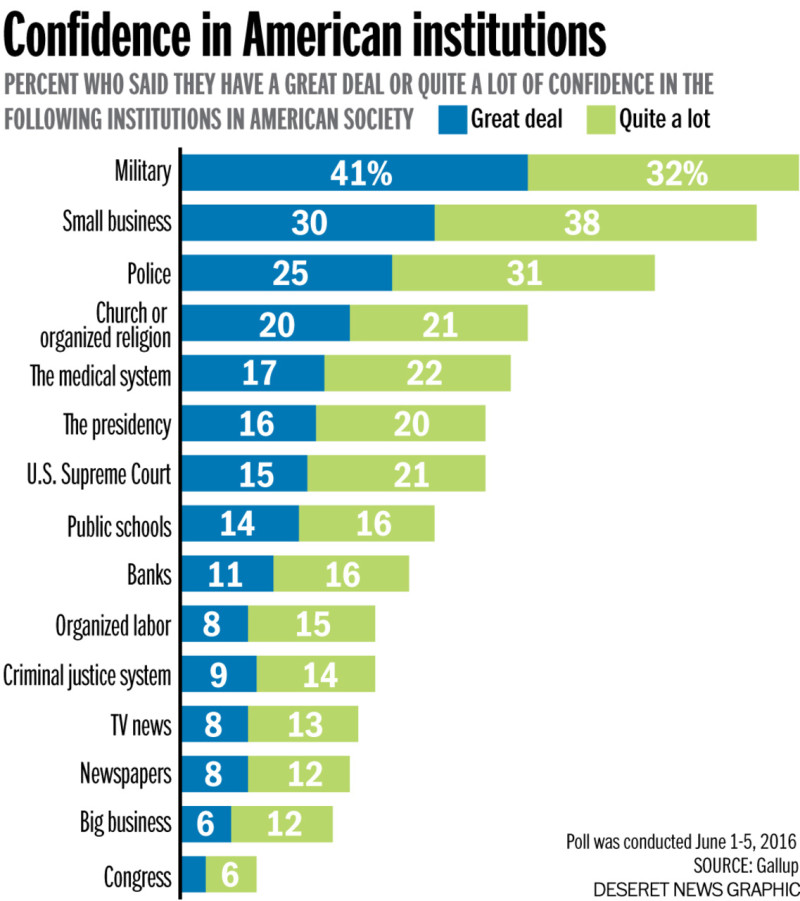 And in Italy? The Insubria University of Varese held a similar survey to determine the level of trust towards professions, institutions, and information in Italy: the results are available here.

Translated by A.J.L. and revised by M.K.